Home > Information > July 5 – 9, 2023 – UPJ – Full Details Coming Soon
Learn more about Vegan SummerfestWhen and where is the conference?What do the on campus fees include?Are there discounts available?Are there housing choices?Can I get a roommate?Can I stay off campus?What will the meals be like?What about food allergies?
Which meals are included?When is the check in time?How and when do I pay?What is there for kids?How do I get there?Are there restrictions?Suppose I have to cancel?What about fragrances?

When and where is the conference?

It is set for July 1 – 5 at the Conference Center at Pitt-Johnstown, on the picturesque campus of the University of Pittsburgh at Johnstown, PA. The campus is a 650-acre mountaintop wildlife preserve with 40 acres of hiking trails. Registrants are offered two package options:

The education program for all packages concludes Sunday afternoon.

What do the on campus fees include?

The on campus fees cover:

Are there discounts available?

Yes, members get $5 off,  families with a family membership get a total discount of $10.  Benefactor members get the registration fee waved (not room and board)  For more information go to:  https://navs-online.org/product/membership/

Full-time students get a $50 discount off of the full registration or $25 off the weekend.

Are there housing choices?

Yes. You may choose:

Please note that air-conditioned housing will be assigned on a first-come, first-served basis. These accommodations will fill quickly, so please register early.

Can I get a roommate?

NAVS can assign a roommate if you are attending alone and would like to qualify for the double-occupancy rate. If you arrange to share a room with someone, please indicate his or her name on your registration form.

Can I stay off campus?

Yes, you can stay off campus and just register for the program without accommodations and meals.  Even though the registration fees do not cover meals,  they can be purchased separately.

There will be delicious vegan meals designed to meet a variety of diets, including gluten free* and raw food. They will be prepared under the direction of award winning chef Mark Reinfeld of Vegan Fusion.

*foods are prepared in a kitchen where gluten is used, therefore we cannot guarantee that all items are 100% gluten-free

What about food allergies?

The meals are prepared in a kitchen where gluten, peanuts, tree nuts, wheat, soy and other foods that are allergens for some people are used.  Therefore we cannot guarantee that dishes are free of these or other potential allergens.

Which meals are included?

Meals are provided as follows:

The Saturday Farewell Dinner is included in both on campus packages. The last meal served will be lunch on Sunday, July 5th.

When is the check in time?

How and when do I pay?

Consult price tables to find your cost. You may register on our secure server by using a credit card with our online form

Or you may print a hard copy of the registration form and mail it along with your payment to:

When you register you have two payment options: 1) submit the total amount due or 2) submit a deposit of half of your total cost. However, all balances will be due by May 24th, 2020. Advance reservations must be paid in full before the conference starts. No personal checks will be accepted on campus.

What is there for kids?

We offer special programs for children, youths and teens! A Children’s Center is offered for attendees aged 2-12, during most of the educational sessions. Mealtimes and evening socials are not included.

How do I get there?

Johnstown is in southwest Pennsylvania, approximately

There are two main options:

Johnstown is served by Greyhound and Amtrak.

Limited shuttle service will be available from the Pittsburgh International Airport on Wednesday, July 1st and returning to the airport on Sunday, July 5th.

There will be two shuttles on Wednesday and two on Sunday. The departure times are as follows:

Note that you will need to allow a 3 hour window in advance of your flight departure to ensure adequate time for travel and check-in at the airport. For example, if your flight were to depart at 3:15 p.m. you would need to take the 11:30 shuttle.

The cost for the round trip shuttle from and to the Pittsburgh airport is $120.00 and will take approximately 1 hr. 45 minutes each way.

3) Advance reservations for both shuttle services are required.

The campus is accessible from the Pennsylvania Turnpike via Route 219 or Interstate 80 via Route 219. UPJ is located at 450 Schoolhouse Road, Johnstown, PA 15904. You can get driving directions at Mapquest.

A Map of Johnstown and a Campus Map are available on the University of Pittsburgh at Johnstown website.

Smoking is NOT permitted in dining areas, classrooms or other public areas reserved for NAVS use. We regret that no companion animals of any kind are permitted in campus buildings, except seeing eye dogs.

Suppose I have to cancel?

NAVS will refund your payments, minus $60 per person, for those cancellations received before May 24th. NAVS reserves the right to substantially reduce or refuse refunds after that date. Please notify NAVS as soon as possible if you must cancel. We regret that no refunds can be made for missed meals for any reason, including late arrival or early departure.

NAVS is striving to create a fragrance-free environment in an effort to try to accommodate the medical needs of some of our attendees who have chemical sensitivities. We encourage attendees to refrain from using perfumes and colognes and consider using unscented versions of personal care products such as soaps, lotions, after shave etc. during the conference. Thank you for your cooperation.

NAVS’ operations and activities are not owned or operated by the University of Pittsburgh.

Back To Top
Register Now! 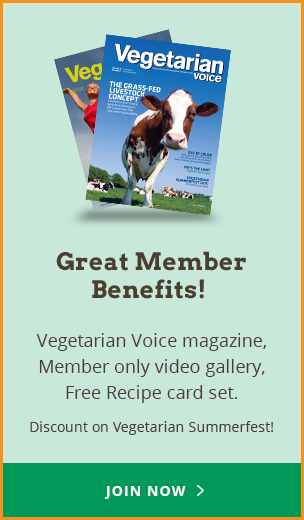